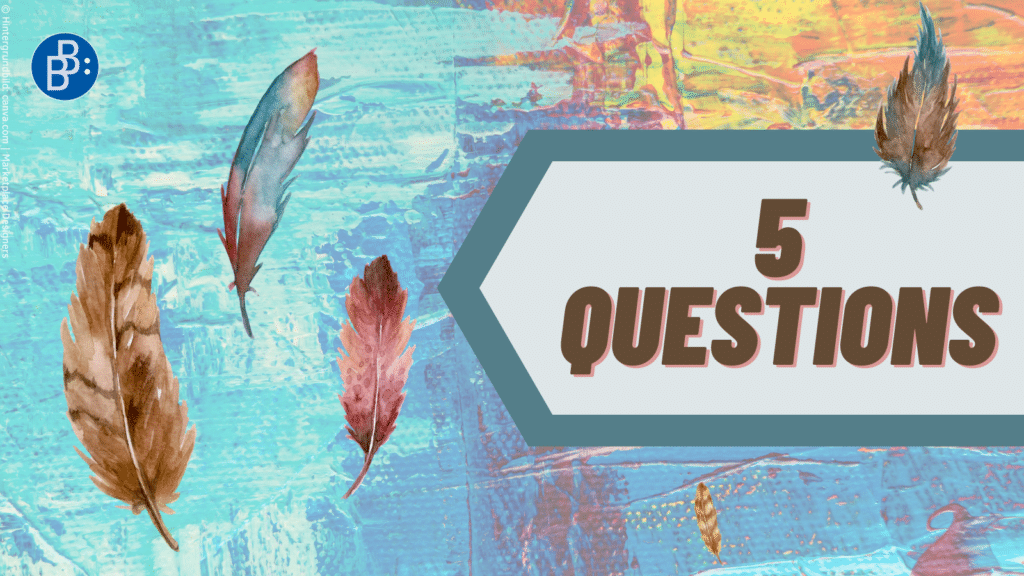 The State-Building Dilemma in Afghanistan. The State Governmental Design at the National Level and the Role of Democratic Provincial Councils in Decentralization at the Sub-National Level

After nearly two decades of war, on February 2020, the Trump administration signed an agreement with the Taliban through which the US and its NATO allies’ troops must leave Afghanistan within the following few months. This agreement also paves the ground for Intra-Afghan talks between the US backed Islamic Republic of Afghanistan and the Taliban militant group. This book critically reviews the US/NATO military, peace-and-statebuilding intervention since 2001 in Afghanistan. In addition, based on collected field interviews, it presents the Afghan perception and discourse on the topics such as democracy, Islam, women rights, formal and informal governance, ethnic divide and the state democratic governmental design at the national and subnational level.

Dear Haqmal Daudzai, the topic of your publication “The State-Building Dilemma in Afghanistan” is – according to the recent events – more relevant than ever. Please summarize the content of your book for our readers.

The current crisis and the more than and the 40 years long Afghan conflicts have to do with Afghanistan’s state and state-building issues. To install their Islamic Emirate, the Taliban have managed to overthrow the 20 years long US-backed Afghan democratic government within a few weeks. In general, the question is, what went wrong? The answers to this question are the main content of my book.

My book discusses the governmental, political and social transformations in Afghanistan from its foundation as a tribal federation in the mid-18th century until the recent U.S./NATO-backed Afghan democratic government. The middle-class Afghans perceive democracy as incompatible with their culture and their understanding of Islam. The reader will find that Islam, tribalism, and ethnicity are the influential critical phenomena in shaping state-society relations in Afghanistan, gaining political power, and resisting modernization and external invasion. As the dominant faith and ideology, Islam has evolved along with various versions, including mysticism, traditionalism, the political Islam of Mujahidin, and the present traditional extremism of the Taliban in Afghanistan.

Due to its geopolitical location, state-building in Afghanistan is highly subject to the regional interests of the major powers – a battleground and buffer zone in the country’s almost 300-year modern history. Thus, a significant focus has been placed on the U.S. post-9/11 military and subsequent state-building intervention in Afghanistan. I attempted to highlight the U.S. and the Afghan players’ roles regarding the institutional achievements and drawbacks of the past 20 years. The fact that the Bonn Conference at the end of 2001 ignored peace-building before state-building was one of the critical mistakes of the whole intervention. The strengthening of Afghan warlords and mafia groups, endemic corruption, the de facto formation of an ethnolinguistic elite government despite clear support for a strong unitary centralized state system, and the underestimation of the interests of regional powers (Pakistan, Iran, Russia and India) by the US and its Western allies are highlighted as critical failures of the state-building process in Afghanistan. These factors also led to the collapse of the Afghan democratic state.

Based on field interviews in six major Afghan provinces, this book tests the hypothesis that Afghan political elites are divided along ethnolinguistic lines with regard to the institutional structure of the state. The Pashtuns propagate a strong centralisation at the presidential level, while the non-Pashtuns (mainly Tajiks, Hazara and Uzbeks) advocate some kind of parliamentary decentralisation. Looking at possible future scenarios for Afghanistan, it proposes alternative government models at the national and sub-national levels.

How did you develop the idea to write this book?

For the first time in its history, the international community, led by the United States, established a fully democratic state system in Afghanistan after the fall of the Taliban regime in 2001. During the Bonn process and later, it was primarily Western technocrats and experts who introduced strategies for the future Afghan government. Democracy as a state system, social values as well as individual rights were all very new phenomena for the people of Afghanistan.

Before I came to Germany for my studies, I have lived and worked in Afghanistan. In my assignment with the Afghan parliamentarians from 2008 until 2011, I have noticed a considerable lack of understanding between the Western perspective of a traditional Afghan community and the Afghan’s perspective of Western democracy. I felt the need to understand the different perspectives myself and share it with Afghans and the international community. That’s why I decided to study public policy and to focus on state-building in Afghanistan from the Afghan perspective in my Phd research.

We receive dramatic messages from Afghanistan every day. The political situation stays unclear. From the perspective of your field of expertise, can you give reasons why the Taliban managed to take power in Afghanistan so quickly? Which structures have been a factor in this?

No one had expected such a rapid and dramatic collapse of the Afghan regime. However, the return of the Taliban to Kabul was expected with the Trump administration’s peace deal in February 2020, and the unconditional withdrawal of the Biden administration on 31 August guaranteed this return quickly and unconditionally. At the level of the international community, this was one of the main reasons for the collapse of the US-backed Afghan government.

The unconditional withdrawal of US and NATO troops also prompted countries in the region, including Pakistan, China, Russia, Iran and Turkey, to increase their support for the Taliban. They anticipated that the Taliban would have a dominant share in the future government, if not the absolute power. Taliban fighters and leadership freely entered Afghanistan to fight the Afghan government along the Durand Line, and their injured fighters have been treated in Pakistani national hospitals. Iran, China, and Russia officially invited the Taliban leaders to visit their countries to discuss future diplomatic relationships. Turkey directly engaged with the Taliban to discuss the Kabul airport security matters after the U.S. withdrawal, while the Afghan government was still in place.

At the local level, the Afghan government was completely isolated, and President Ghani failed to build a strong alliance of the ethno-political elites against the Taliban. More importantly, the Afghan government has suffered from endemic corruption for decades, deliberately undermining security institutions. The Afghan army didn’t receive their daily meals and ammunitions on time and lacked a firm ideology and leadership to fight the Taliban. On the contrary, the Taliban fighters spread great euphoria about defeating the United States and NATO as a great power and conveyed the idea of establishing an Islamic emirate in Afghanistan.

Based on your field experience, how do you assess the political climate in the population? Is there potential for resistance against the Taliban in the near or more distant future?

The present interim government announced by the Taliban is neither ethnically nor politically inclusive and has already disappointed the local Afghans, their own regional partners, and the international community. The Haqqani network, which is on the blacklist of the U.S. government and who had close ties with international terrorists’ organizations, including Al-Qaida, has a prominent share in the newly formed Taliban government. The future of women and minority rights, a red line for the international community, is unclear. The Panjshir resistance led by Ahmad Masoud, though weak, has strong sympathizers throughout the non-Pashtun populated areas in Afghanistan and among the Afghan diaspora abroad. The Islamic State of Khorasan Province (ISKP) or Daesh is another major threat to the Taliban government. They have already launched their attacks on Taliban check posts in different parts, including Kabul and Jalalabad cities.

Finally, the Taliban are not a united group as they were in the late 1990s. The power in the present Emirate is unevenly divided into three major groups. There is a Doha group that seems to consist of moderate Muslim and Afghan nationalists. Then there is the Haqqani group backed by the Pakistani establishment, and which is more extremist in its ideology. And lastly, there is the Quetta group led by Mullah Yaqub, son of the late Mullah Umar, who consists of more or less traditional Islamists. All three groups have different understandings of how the future government should look like. These are all the present facts based on which one can conclude that the Afghan conflict has not ended yet.

The Taliban has won the war now, and they have done that before, but running a government acceptable for the Afghans and the outside world is a far more difficult job for the group. If they have not learned from their past mistakes, they will face another resistance against their regime sooner or later.

Throughout the process of publishing my book, I had easy access to the publishing team. They patiently listened to my questions and concerns and responded to all my requests accordingly. Their advice and feedback brought my book to a higher academic level. I highly recommend the Verlag Barbara Budrich and will definitely work with them again for my future book. 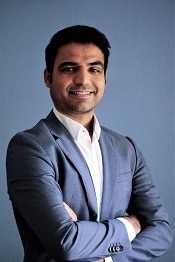 I was born in March 1985 in Kabul, Afghanistan. I was eight during the civil war when I left Kabul with my family to Pakistan, where I also finished high school in a refugee camp in Peshawar. In summer 2002, after nearly one year after the collapse of the Taliban regime, I returned to Kabul. In November 2007, I completed my B.A degree in economics from the Economics Faculty of Kabul University. During my time in Afghanistan, I have worked with different international and Afghan government organizations. In March 2011, I received a DAAD scholarship to continue my master’s studies in Public Policy and Good Governance in Germany. Since 2015 I have been granted a four-year scholarship by the Konrad Adenauer Foundation to complete my Ph.D. at the University of Erfurt. During my stay in Germany, I have worked in different capacities with different German academic and government institutions. Currently, I am working with a German development organization in Afghanistan.

The State-Building Dilemma in Afghanistan

The title is available from Monday 27 September and can be pre-ordered via the webshop. 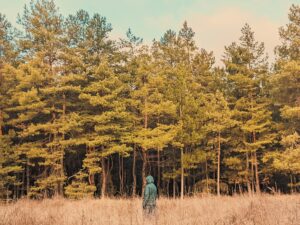