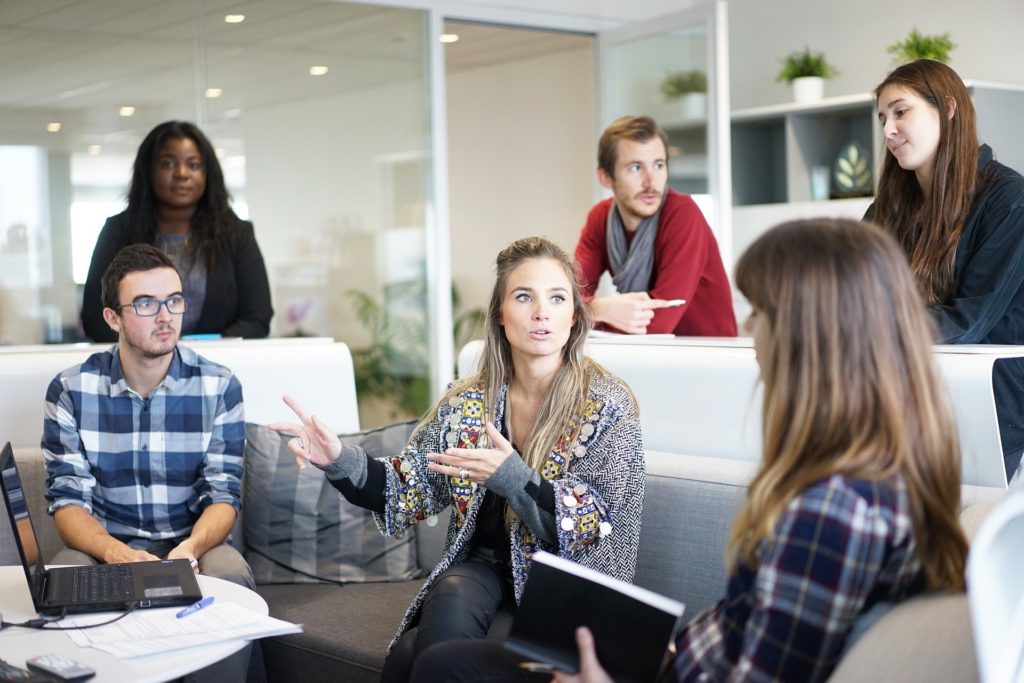 by Marianne Kristiansen and Jørgen Bloch-Poulsen

In the last three decades, a trend has been observable in many areas, both in Denmark and internationally. It seems to be more and more widely accepted that citizens, users, customers, employees etc. should not simply be told what to do, what is to happen to them or what is best for them. They should be involved to a greater extent. They should be asked, have co-influence or be outright participants in decisions. It is not just a matter of dignity, of people having as much influence as possible over their own lives. It is also a matter of the most durable results being those achievable through dialogue. Perhaps this trend is a new paradigm—a new fundamental understanding, in other words? The terms most frequently used to denote this trend include participation, involvement, democratization and co-generation.

We are not blind to the fact that there are many examples of the opposite (Zuboff, 2019), but the involvement of users, citizens, customers, patients, employees, pupils, local communities and population groups in third-world countries has come onto the agenda (Carpentier, 2011; Cornwall, 2011; Wilkinson, Gollan, Marchington & Lewin, 2010). One speaks of public or participatory governance (Fischer, 2009; Gaventa, 2001; Osmani, 2001) or of citizen assemblies (OECD, 2020). This can encompass citizens’ influence on the local or regional economy (participatory budgeting) (Streck, 2014; Waglé & Shah, 2003). It can mean participatory urban planning (Society for Participatory Research in Asia, 2012), participation in environmental issues (Coenen, 2010) or co-production of welfare services, particularly in the social field (Agger & Tortzen, 2015; Carr, 2007; Durose, Justice & Skelcher, 2013; Tortzen, 2017). Public-private partnerships are being set up concerning collaboration between public institutions and private companies (Bovaird, 2004). There also seems to be a greater tendency for people to be involved as customers, creating products and services jointly with companies. This is often described as co-creation (Gouillart, 2014).

In research, there is a growing trend in many areas for the people whose situation is being researched to participate in the research process. One speaks of participatory action research (Whyte, 1991), participatory learning and action (Pretty, Guijt, Thompson, & Scoones, 1995), participatory evaluation (Estrella & Gaventa, 1998) etc.

Participation has become a buzzword for any research that ventures out of the ivory tower (Chambers, 1995; Phillips, 2011; Thorpe, 2010). Mode II research, with its striving for involvement and practical results, now seems to have become a real complement to the more traditional and distanced Mode I research (Nowotny, Scott & Gibbons, 2001). There seems to be an effort to conduct research ‘with’ rather than ‘on’—and not just among researchers (Heron & Reason, 2001, 2008; Phillips, Kristiansen, Vehviläinen & Gunnarsson, 2013), but also in political quarters (European Research Advisory Board, 2007; Ministry of Science, Technology and Development, 2003). The participatory trend thus seems also to have spread to research policy (Cohen, McAuley & Duberley, 2001; Jørgensen, 2008). This development has been termed the ‘collaborative’ (Gershon, 2009) or ‘participatory’ (Jasanoff, 2003) turn.

The trend seems to have become so widespread that some are sounding an outright warning, speaking of the danger of a participatory tyranny or nightmare (Cooke & Kothari, 2001; Miessen, 2011).

What is participation in organizational change processes?

We hope this book can be an inspiration to anyone working with change processes who wants to take the plunge into increased involvement, both practically and theoretically. The book therefore examines what participation in change processes means and how it is practised. The book illuminates this question via a historical investigation of organizational action research processes in the twentieth century. It focuses on participation in both the practical and the theoretical dimension of the processes. ‘Organizational’ means that the change processes examined in the book are taking place at workplaces. ‘Action research’ in organizations means, ideally, that employees, managers, researchers and other stakeholders together organize certain change processes and seek to bring about the desired practical improvements in the organization and thereby a better theoretical understanding as well. Action research, then, is ideally a special kind of science. It is not about explaining or interpreting, not about speaking, thinking and writing about reality, not about running courses for practitioners or disseminating research results, but about helping to bring about changes. Kurt Lewin is often said to be the father of action research. He emphasizes that one gains knowledge about an organization when one starts to change it. Action research is thus an integrated change and research process.

How does participation take place in such an action research process? The book presents a number of different understandings. Participation can mean:

The book presents these five understandings particularly, but it is not intended as advocating any one of them over the others. Our own projects have included elements of all the understandings to varying degrees, both from one project to another, but also within the individual project. At the same time, we want, here at the outset, to spell out our own conception of participation in action research, as it will inevitably affect our ongoing analysis of others’ conceptions. We want to emphasize that this is our ideal understanding, as practice is complex and always seems to entail participatory dilemmas and paradoxes.

What is action research in organizations?

The point of departure for our ideal understanding of action research is Habermas’s (1968) distinction between three scientific knowledge interests. The natural science knowledge interest is technical-rational in the sense that it aims to produce explanations of the type ‘if x, then y’. In the humanities, the knowledge interest is hermeneutic-practical in that it seeks to produce interpretations of the meanings of people’s actions and texts. Critical social science seeks to produce emancipation or changes; that is, to improve our insight into the fact that what we perhaps take for granted is merely human-made and serves particular interests. History is rarely nature.

We understand action research as research with managers and employees in organizations. The research process does not proceed alongside the change process. The two processes are integrated. Employees, managers and researchers each contribute skills and interests. They work together to see whether they can manage to create a better practice in the organization—a practice that they have all, to one extent or another, been involved in determining and co-producing. This is the practical dimension of the action research process.

There should ideally emerge a better theoretical understanding, one that all parties have been involved in determining and co-producing. This is the theoretical dimension of action research.

The crucial question raised in the book is what participation in the practical and theoretical dimensions of the action research process comprises. As we shall see in the chapters to follow, there are many answers to this, depending on the historical setting and the complex contexts in which different change and research processes play out.

Employees, managers and researchers are not equal. Employees and managers know more about their workplace than we as outside researchers do; we, on the other hand, usually know more about research than they do. We are not co-engineers, in the case of a technical organization, nor do we regard them as co-researchers. We once asked permission to see the test laboratory at a high-technology company we were collaborating with. We hoped to learn a bit more about their work. When we entered the lab, which was developed by highly qualified software engineers, we were unable to get our bearings and understood absolutely nothing. A similar thing happened with regard to passport and driving licence staff in a municipality, where we were all at sea with their ruleset. We collaborate as professionals, each with our different skills. We add this as the book’s sixth view of participation.

An increasing number of managers and employees are conducting action research in their own organizations (Coghlan & Brannick, 2005). This book is concerned only with action research with outside researchers.

In a variety of contexts, though, one might ask whether critics have a point when they assert that participation is just a kind of democratic milking-parlour music to accompany change processes, because in reality those processes follow the principle of ‘I manage, you participate’ (Saxena, 2011). In the book, we argue that it is more complex than that. We choose ‘participation’ as our basic term not only because it is the predominant term in action research, but also because the term can be said to span the gamut of meanings from taking part in something planned by others to having co-determination (Kristiansen & Bloch-Poulsen, 2016).

‘Participation’ denotes some people doing something in relation to others. There are some people who are involving others. This reflects one of our points about organizational action research: it is usually actors such as an employers’ association, a trade union, local management and/or researchers who involve the employees. We have therefore decided against ‘co-creation’ and ‘co-production’, as these could connote a joint initiative. Moreover, ‘co-production’ as a term is historically associated in Denmark with the public sector, especially the production of welfare services (Agger & Lund, 2017; Tortzen, 2017). Similarly, ‘co-creation’ is associated with the company-customer relationship.

‘Participation’, then, entails some people taking the initiative for the change process by involving others. However, it does not necessarily mean that the process proceeds only on the first party’s terms or that it leads only to results that benefit that party. Saxena’s critique could be interpreted like this. As we will show in the book, action research processes tread a fine line between efficiency improvement and humanization, between the different parties’ divergent and coincident interests.

This is also why we have rejected ‘involvement’ as our basic term, since in action research it seems primarily to be understood as a management tool, in the same way as ‘empowerment’ is (Greenwood & Levin, 1998).

How can we understand participation in the history of organizational action research?

We have arrived at seven fundamental perspectives on participation. They arose in an interplay between practice and theory in organizational action research projects before and during the writing of this book. We understand them as an outline for a theory of involvement in change processes generally, based on a study of participation in action research in organizations. Some of these perspectives have been published previously (Kristiansen & Bloch- Poulsen, 2011, 2013, 2014, 2016, 2017a, 2017b).

It is our hypothesis that these perspectives apply to participation or involvement in all types of change process, not only to participation in organizational action research. We are indebted to many theorists, organizational action researchers and colleagues who have contributed directly or indirectly to the formulation of the seven perspectives. We shall return to some of them in the course of the book, but for now we want to mention in particular: Lewin  (1947a, 1947b), for his social psychology-based view that employees’ reactions can be understood in relation to environmental factors such as pressure of work and management (not necessarily on the basis of the employee as a person); Trist (Trist & Murray, 1990; Fox, 1990), for his intuitive understanding of the importance of self-managing groups; Thorsrud (Thorsrud & Emery, 1970a), for his frank description of the pitfalls of participation; Freire (1970), for his distinction between processes conducted on people’s behalf and those that they conduct themselves; Heron and Reason (2001), for their corresponding distinction between ‘research on’ and ‘research with’; Cornwall (2011) for her distinction between ‘voice’ and ‘choice’, between having a voice and taking part in decisions; Greenwood and Levin (1998) for their distinction between empowerment (aiming for economic efficiency) and participation (aiming for democratization); Fricke for his distinction between instrumental and democratic participation (2013); Marx (1968) for his thesis that the philosophers have only interpreted the world in various ways, whereas the point is to change it; Habermas (1968) for his distinction between explanation, interpretation and emancipation as three scientific knowledge interests; and Foucault (2000) for his theory of the presence of power in all relations. 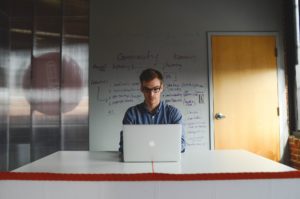